Since the passing of Jose Maria Sison on 16 December 2022, Revolutionaire Eenheid has had the privilege to pay tribute to Ka Joma during various activities organized by his family, friends and comrades. We want to thank everyone who has been part of organizing tributes in the Netherlands, the Philippines and in dozens of other countries around the world. The massive outpouring of revolutionary spirit and beautiful tributes shows that the national democratic movement is alive and vibrant. From the youth to the peasants, and from the women to the red fighters: Ka Joma Lives! 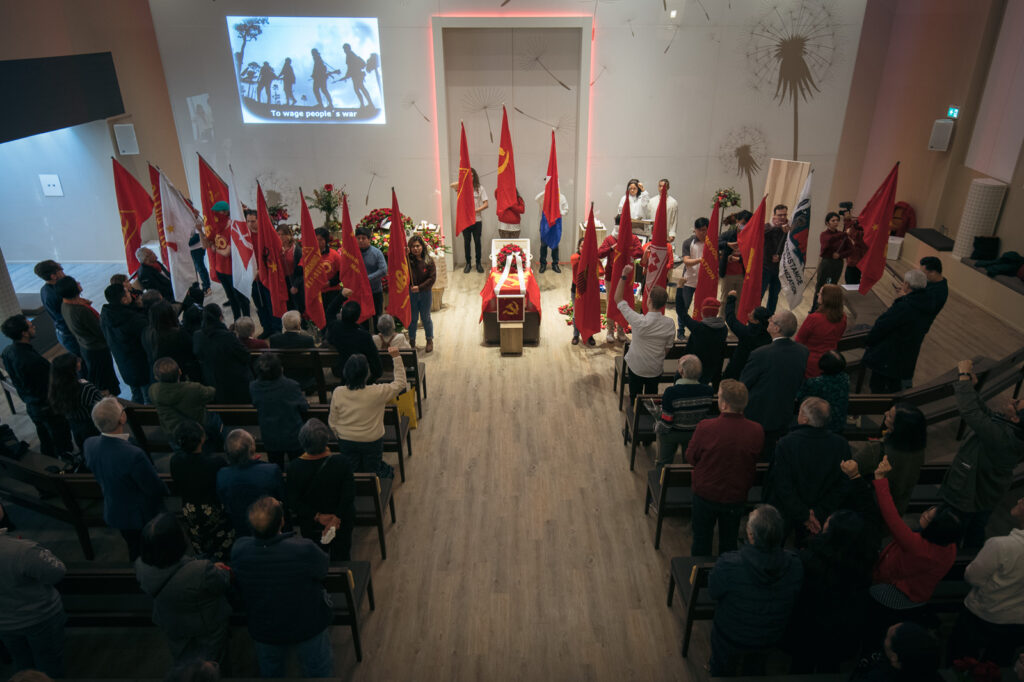 We have lost a great teacher and mentor. Jose Maria “Ka Joma” Sison passed away in Utrecht on 16 December. He is survived by his lifelong partner and comrade Julie de Lima, his children and grandchildren. He was 83 years old. Ka Joma is also survived by the strong and vibrant revolutionary movement in the Philippines, spearheaded by the Communist Party of the Philippines, the New People’s Army, and the National Democratic Front, which he co-founded decades ago. We extend our condolences to Ka Joma’s relatives, comrades and the millions who learned from him. It is through Ka Joma’s life as a dedicated revolutionary in service to the masses that we came to know him and learn from him. As revolutionaries who live and work in the imperialist core, we greatly value the lessons and experiences of comrades like Joma Sison who experienced firsthand the brutality of imperialist oppression and chose to fight back with everything they had.

Joma’s life as a revolutionary began as a student activist in 1958 at the University of the Philippines. There he was active in the Student Cultural Association of the UP and the UP Journalism Club were he campaigned for student academic freedom. These activities would develop into a life of revolutionary dedication and love for the oppressed masses. Under the guidance of Ka Joma, the Students Cultural Association developed into the workers party Kabataang Makabayan, of which he served as National Chairman from 1964 to 1968. As Chairman, Ka Joma issued public statements, led worker and student protests and attacked the corrupt US-backed Marcos dictatorship. In the meantime, he led the rectification movement within the old communist party which led to its re-establishment as the CPP which leads the Filipino revolutionary movement today. As the fascist US-back repression intensified, so did the Filipino dedication to the revolution. 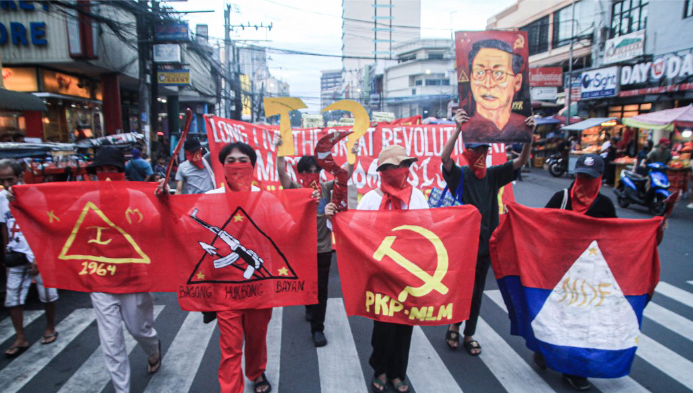 One year after the foundation of the CPP, the NPA was formed as armed wing of Communist Party and to wage protracted peoples war and defend the masses against the Marcos dictatorship. In 1971 work begin to establish a broad coalition of revolutionary worker, peasant, student and indigenous rights organizations, trade unions, leftist political parties and movements. This coalition is the National Democratic Front and fights for a national democratic revolution in the Philippines. Its 12-point program is still upheld as a guideline for achieving full independence from the Imperialist forces that plunder the Philippines. Ka Joma was involved in the foundation of all three movements and continued to guide them until his last breath.

Ka Joma’s revolutionary work led to many victories. The NPA grew from dozens of people armed with indigenous weapons and homemade shotguns to a guerilla force that today confronts the US-backed puppet forces in over 120 guerilla fronts. The NDF supporters number in the millions and put effective and real pressure on the reactionary government in the cities. But besides victories, Ka Joma’s life was characterized by many hardships. Hardships which he could have forgone by renouncing his dedication to revolution and allow him to life a comfortable life within academic spheres. Joma was captured in 1977 and suffered eight years of brutal physical and psychological torture. He was released only after the Marcos dictatorship was expulsed by a popular uprising. In 1988 the US-puppet Aquino revoked his Filipino passport and forced him into exile in The Netherlands. Here, he was attacked by the United States, the European Union and the Dutch state.

Dutch police arrested Ka Joma on 28 August 2007 for trumped up murder charges. While imprisoned, he was denied his medication and refused access to media and family visits for most time. He was released on 13 September 2007, and his case was eventually thrown out by the Dutch court. The EU removed him from the terrorist list in 2009, contrary to the United States, who kept him on it until his death. But even though Ka Joma was legally clean, the Netherlands never granted him asylum status, and he was not allowed to travel outside of the country for most of his time here. Despite this Joma remained cheerful, optimistic and full of revolutionary vigor. 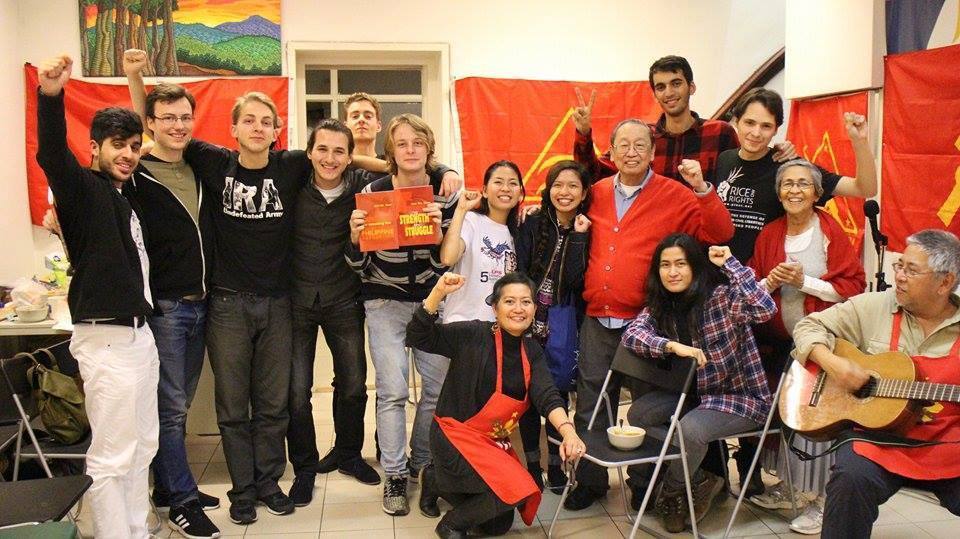 Ka Joma and Julie De Lima with Filipino youth and RE members in Utrecht, 2005.

Ka Joma’s intellectual contributions are sharp and numerous. He has written numerous books on Marxism-Leninism-Maoism, the Filipino Peoples war and semi-feudalism and semi-colonialism, of which the most foundational has been Philippine Society and Revolution (PSR). He has also written hundreds, if not thousands of articles on a wide variety of topics from the peace process to geopolitical analyses and the question of peoples war. Through his articles Ka Joma demonstrated his revolutionary internationalist character by expressing support to all struggling people – from the Palestinian resistance, to the Turkish and Kurdish revolutionary movement, to Mexico, and to the progressive and revolutionary movements in the imperialist core.

As Revolutionaire Eenheid we have had the great privilege of knowing Ka Joma up close. He was always ready with advice for our young organization. Although he was an old comrade, he had a youthful spirit full of excitement and passion. He recognized the importance of the youth in the revolutionary movement to keep leadership fresh and ready to adapt to the rapidly changing modern world. True to his belief he was not the supreme leader of the CPP-NPA-NDF. This role is being fulfilled by a new generation of revolutionaries in the Philippines, and it is one of Ka Joma’s greatest accomplishments that this new generation has been nurtured and developed. 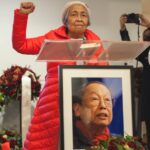 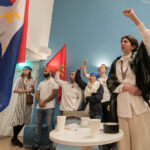 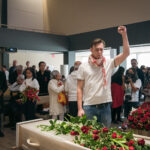 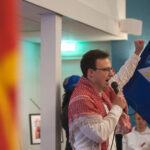 At the time of his death, Ka Joma was the chief political consultant of the NDF Peace Negotiation Panel and chairperson emeritus of the International League of Peoples’ Struggles (IPLS), the global coalition of anti-imperialist organizations of which RE is a proud member. In these capacities, and as a revolutionary thinker, he worked day and night for the development of the Philippine revolution and the peoples struggle. He welcomed every comrade that wanted to talk with him and was always available for discussions and advice.

We came to know Ka Joma not only as a great revolutionary but also as a poet. Ka Joma composed numerous poems throughout his long and eventful life, and even credited poetry as one of the main factors of preserving his sanity and revolutionary conviction during his eight long years of torture and solitary confinement.  In short, Ka Joma was truly extraordinary yet always remained humble. He lived without luxury or comfort, and worked day and night both underground in The Philippines until his imprisonment and later in exile in The Netherlands. We salute the legacy he left behind. We salute the revolutionary Filipino movement and all of its activists and fighters. We salute the martyrs of freedom and revolutionary democracy. Losing Joma is a heavy loss.

We will remember Ka Joma as a dedicated, disciplined and warm comrade, full of revolutionary love for the oppressed. He was truly a great mentor. Let Joma’s legacy inspire us to continue the fight for national and social liberation of the peoples of the world until our very last breath.

“It is the toiling masses and the rest of the people who fight for national liberation, democracy and socialism against imperialism and all reaction who let us hope for a bright future of world peace and common prosperity. They are now waging anti–imperialist and democratic mass struggle against the current global crisis that has been brought about by revisionist betrayal of socialism, neoliberalism and fascism. These are the prelude to the resurgence of the world proletarian– socialist revolution.” 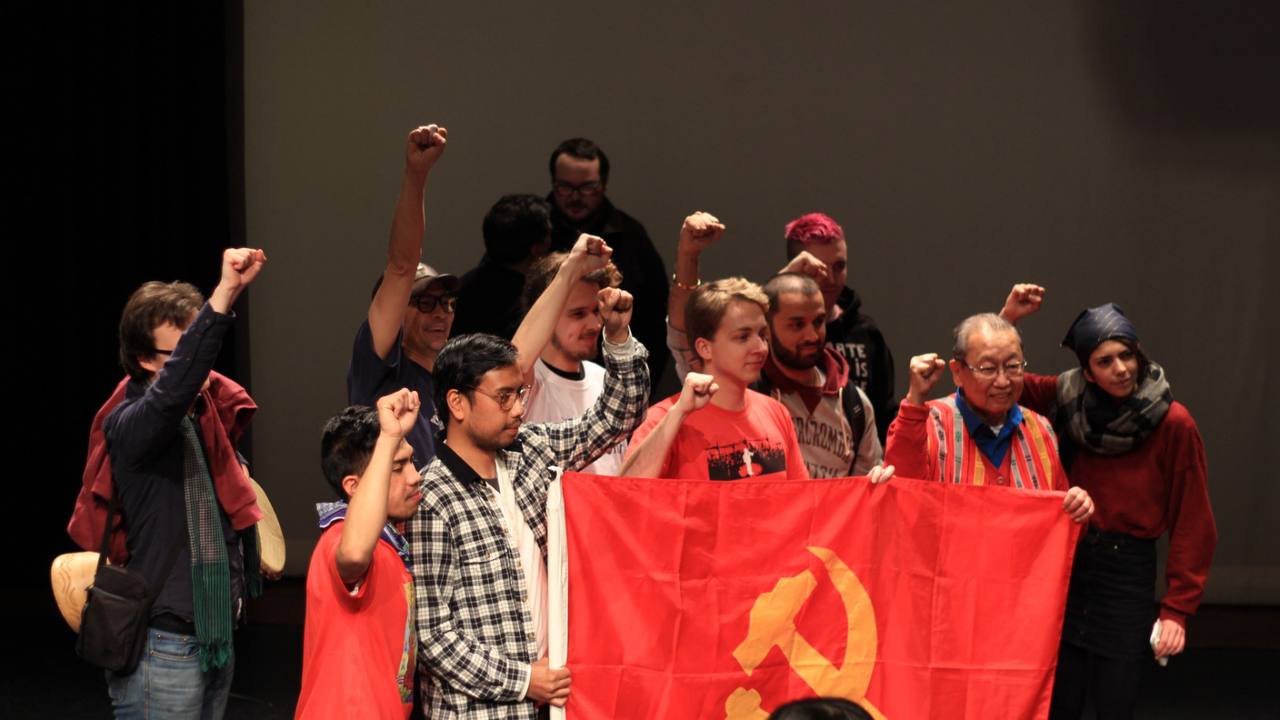 Ka Joma with RE comrades and solidarity activists in Utrecht, 2018.

In 2017 Revolutionaire Eenheid published two interview clips of Joma. We will be posting more clips in the coming weeks.

Joma on theory and practice: https://www.facebook.com/revolutionaireeenheid/videos/785843481589832