On Sunday, Feb 27, we organized a letter writing event and solidarity dinner to give attention to the continued fascist imprisonment of peasant activist and climate defender Amanda Echanis and her baby.

We discussed the current situation in the Philippines, the struggles of the landless peasants, and the systematic state terroristic attacks by the US-Duterte government on the Filipino people.

We wrote to Amanda Echanis, who chose to go to the countryside to help organize in peasant communities as a member of Amihan. She was arrested together with her baby shortly after giving birth. The charges of illegal possession of weapons against her are malicious and obvious lies by the fascist government. The US-Duterte regime has a horrendous track record of politically motivated attacks on activists and all forms of human rights abuses.

Without trial or possibility of bail, Amanda and her baby have been illegally detained for over a year. The state keeps prolonging her imprisonment in various ways, such as appointing new judges, setting back the progress to 0.

We denounce in the strongest terms the continued imprisonment of Amanda and her baby. We demand their immediate release and the release of all political prisoners!

Activists such as Amanda are targeted and imprisoned because of their strong organizing work for the broad oppressed masses, against the exploitative and oppressive interests of the ruling few. Let us continue to take inspiration from activists such as Amanda, to show our international solidarity and to struggle together for an end to imperialist domination! 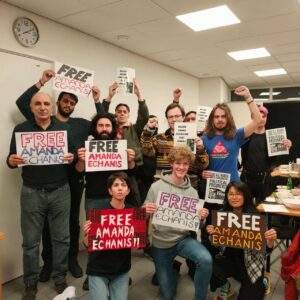 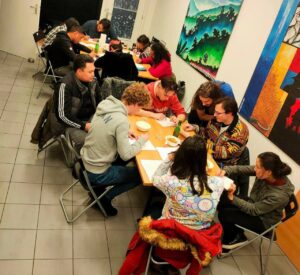